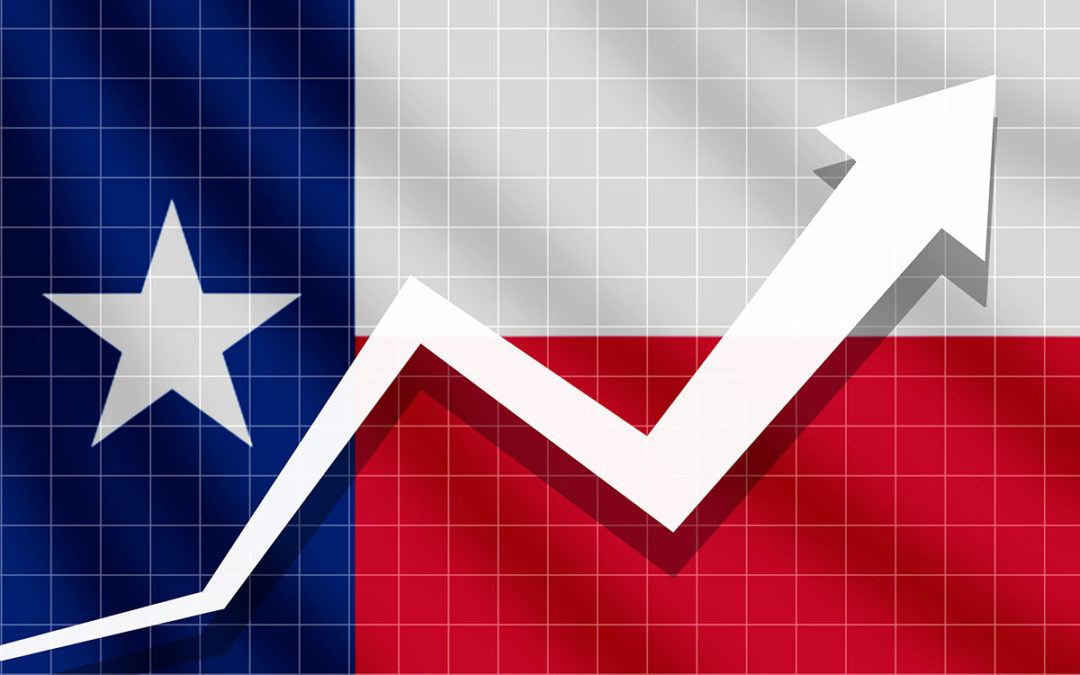 Demographics, regional economics, access to commercial capital resources, and a host of additional factors influence small business success. Finding the right mix can be the difference between prolonged profits and an early exit, particularly for startup ventures relying on projections, rather than actual performance. Understanding the Texas business climate can help you navigate key concerns, increasing the likelihood you’ll find commercial success in the Lone Star State.

It has been more than a decade since the financial crisis of 2008, but the ability to rebound following the catastrophic economic downturn is still used as a metric, measuring the health of commercial enterprise. In particular, regional economic health is often linked to the 2008 milestone. By this important measure, the State of Texas has fared well since the global economic meltdown, exhibiting a stronger-than-average recovery, compared to other states.

Analysts agree doing business in Texas presents advantages for startups, as well as providing a consistent climate for existing businesses. Business News Daily recently reached out to top Texas entrepreneurs, exploring some of the issues and advantages facing owner-operators in the state.

Access to Commercial Funding – Access to capital is an obstacle shared by many businesses, particularly startups, requiring substantial sums to get off the ground. Whether for a launch, expansion, or working capital needs, traditional bank lending has grown more conservative than it was, leading up to the 2008 finance crisis. Although conditions in Texas reflect national bank loan trends, alternative Texas lending resources are available, gathering the slack left by conservative conventional lenders.

Trey Bowles, Founder and CEO of the Dallas Entrepreneur Center is convinced a strong argument could be made, ranking Texas in the number-one slot for both new and existing ventures, compared to business climates in other US states. However, Bowles also believes Texas would benefit from further investment. According to Bowles, too little funding is making it in to the hands of early stage entrepreneurs. Though regional resources are available, courting wealthy investors and major corporations could improve outcomes for ground-level enterprises.

Labor Market Challenges – An “employee’s” market occurs when there isn’t enough talent available to fill positions in a particular region. The phenomenon results in heavier-than-average competition for labor resources, as well as increased labor costs, which may tax small businesses more than major employers. Though Texas has experienced labor challenges similar to those seen in other booming economic regions, some entrepreneurs view the problem as a positive sign of continued expansion.

Texas entrepreneurs familiar with conditions before and after recent labor crunches confirm that costs have risen and filling jobs is harder than it once was. The trend isn’t reserved to particular Texas industries, instead affecting diverse commercial sectors. In response, forward-looking planners are addressing quality of life issues, in order to make job hubs more workable and livable for young professionals. Public education is also under scrutiny, ensuring Texas does everything possible to provide for the state’s future skilled workforce needs.

Favorable Tax Code – One popular affordability test applied to taxation, “tax freedom day” represents the day on which an individual has earned enough money to pay the year’s taxes. In the State of Texas, the average resident reaches tax freedom on April 5th, ranking fifth earliest of all US states.

Texas’ pro-business tax code includes no corporate or individual income tax, making the state attractive to commercial investors and small business owner-operators. Residents also benefit from the state’s no property tax policy, allowing businesses and individuals to retain a greater share of profits than some other states’ tax codes permit.

The state’s low tax burden favors small business owners, but governments must generate revenue somehow. According to information maintained by the Texas Comptroller’s Office, sales and franchise taxes are primary sources of income for the state. Texas state sales tax stands at 6.5 percent, with additional taxes imposed by localities. Local sales and use tax is as high as 2 percent, resulting in an average state and local sales tax burden of 7.6 percent. The Tax Foundation indicates Texas ranks as the fifth most expensive US state for these types of taxes.

Texas owner-operators face widespread small business challenges, but the state is rich with resources enabling commercial success. Whether Texas is on your short list for a business startup or you’re considering expansion within the state; understanding the commercial climate and making the most of Texas’ pro-business stance provide key ingredients for success.