How Will the New Trade Deal Affect Texas Businesses? 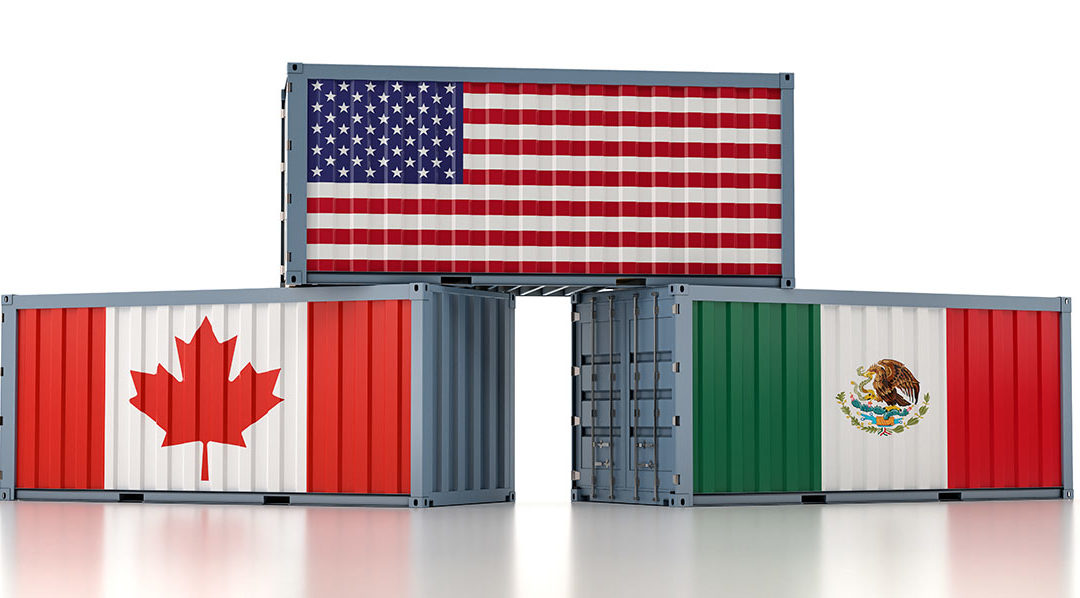 The North American Free Trade Agreement (NAFTA) has served as the continent’s binding trade deal since January 1, 1994. Ratified after years of free-trade negotiations, the Agreement spells out various trade conditions, cementing commercial relationships between Canada, the United States, and Mexico. Leaving large contingencies of both steadfast proponents and vocal detractors in its wake, NAFTA has finally been supplanted by an updated agreement, governing trade between the three nations.

USMCA nations signed on after sometimes-contentious negotiations between leaders representing each of the three countries. The deal ultimately earned bipartisan support in the United States, where it made its way through Congress with widespread acceptance on both sides of the aisle.

Though the United States-Mexico-Canada Agreement now officially supplants prior arrangements, its potential effects are disputed. Some observers point to better days ahead, following years of inequity between the US and her trading partners, even as opponents dismiss the deal’s upside potential. In truth, the precise impacts of USMCA trade changes can’t be foretold, but US states – particularly those along the border – are sure to experience noted developments related to the new trade policy. How will USMCA affect Texas businesses?

First signed in 2018, The United States-Mexico-Canada Agreement updates NAFTA in several key areas. Mexico was the first to ratify the deal, but progress was initially stalled by US Democrats, requesting that stronger labor provisions and greater attention to environmental concerns be included in the trade agreement. A December compromise struck between the Trump administration and House Democrats enabled the policy to clear legislative hurdles.

Although detractors say the new trade deal doesn’t do enough for the environment, the revised version of USMCA ultimately got backing from AFL-CIO union leadership, which earlier opposed the deal. With US Congressional backing, Canada is expected to ratify the agreement without delay, recently unveiling legislative plans to address the deal by month’s end.

Road to a New Deal – Impacts on the Texas Automotive Industry

Ratifying USMCA upholds a campaign pledge made by candidate Trump in 2016, promising to eliminate unequal trade agreements undermining the US economy and replace them with more equitable arrangements. After tough talk and public dust-ups between Trump and other North American leaders, USMCA is poised to alter trade practices between participating countries. In the US, Texas and other border states may feel the impact of the changes more than other regions.

When it launched in the early nineties, NAFTA was the first major trade deal of its kind. Under the terms of the progressive policy, participating North American countries agreed not to impose tariffs on products traded across borders. The concession helped manufacturers, because parts could be sourced from anywhere on the continent, without paying a premium.

In one high-profile example of NAFTA’s impacts, the automotive industry has seen relatively consistent pricing under the now historic trade policy. To avoid tariffs, NAFTA required a minimum of 62.5 percent of a car’s roughly 30,000 parts to originate in North America. The result of the policy has been car prices climbing at a much slower rate than consumer goods as a whole. Under the terms of the new trade deal, cars must be fabricated with at least 75 percent of their parts originating from one of the participating countries. It is thought expanding the parts requirement further cements the benefits of trade agreement country of origin provisions.

In addition to raising the requirement for sourcing parts on the continent, USMCA also elevates standards for workers. The new trade plan stipulates that at least 40 percent of the work completed in automotive plants must be done by workers earning at least $16/hr – a move impacting Mexican factories, more than others.

By some estimation, the new deal could be a boon for US automakers, which is good news for Texas’ prominent auto manufacturing industry. Other analysts take a different view, believing the benefits of the new trade deal could be short-lived, resulting in only a small uptick in auto manufacturing returning to the US. Proponents of the US-Mexico-Canada deal point to increased productivity potential from raising pay and manufacturing standards in Mexico, which will also allow US firms to better compete.

In the State of Texas, where auto manufacturing is already strong, it is thought the trade deal will stimulate further investment. In particular, the 75 percent car content requirement automatically means more components will come from US makers, naturally sparking growth in Texas automotive industries

In an effort to expand dairy exports to Canada, USMCA replaces longstanding NAFTA limitations thought to be detrimental to US agricultural concerns. The new deal allows more dairy to be sent across the northern border, representing a $560 million increase in dairy trade with Canada. Though the increased share represents less than five percent of Canada’s dairy market, opening markets for agricultural products will help offset farmers’ and ranchers’ losses, associated with recent trade turbulence with China.

As a border state, Texas’ economy relies heavily on trade, particularly with Mexico. Legislative Democrats from the state won a major victory when the deal cleared the US House and Senate, establishing forward-looking trade policy that protects Texas interests. Not only does the updated commerce agreement encourage more trade in the region, but is also includes provisions that guard intellectual property and facilitate fair digital trade.

Matching support from Texas legislators, USMCA is also widely endorsed by Texas business leaders. According to Justin Yancey, president of the Texas Business Leadership Council, the policy is a “big win” for Texas.